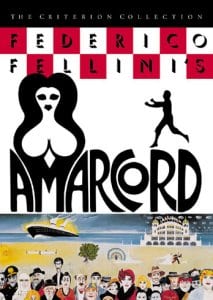 To celebrate the Year of Cinema, Anna Lawton will lead us on a visual excursion through three significant moments of Italian cinema which gained international acclaim: the Silent Movies, Neorealism, Masters of the 1960s-1970s. A slide show will illustrate the presentation with captivating stills from the silent “colossals,” Rossellini’s and DeSica’s post-war dramas, the “commedia all’italiana,” “spaghetti westerns,” and  the  auteur films by Fellini, Visconti, Pasolini, Bertolucci, Bellocchio, and…many others.

Dr. Anna Lawton is a professor of literature and cinema. She taught film studies and visual culture at Georgetown University and served on the Advisory Film Committee of the National Gallery of Art. She published three scholarly books and numerous scholarly essays and articles, as well as two novels. She has received several awards, including the CHOICE Award as Outstanding Academic Title for her book, Imaging Russia 2000: Film and Facts. She is also the founder of the publishing house New Academia Publishing, which she has run successfully for 15 years.