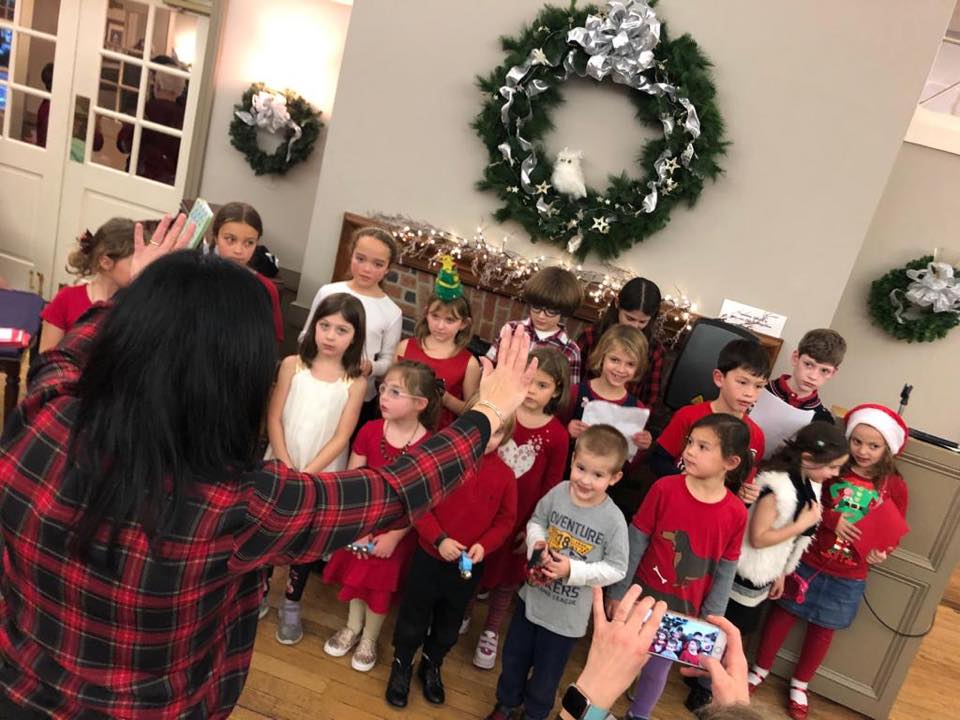 Director of the ICS Music School

Felicia Toscano is a classical guitarist, from Taranto, Italy. She started taking guitar lessons since she was 10 with Master Duilio Bellone.

She is a teaching veteran in  several County Public Schools in Italy . She holds a National Board Certified teacher of Italian for elementary school (2006). She holds Certificate  ICon AP Italian Language and Culture as a Tutor. She taught Italian language at G. Tosi elementary school, D. Purificato Elementary and Middle school , and Gramsci school  in Rome.

She entered the local Conservatorio “G. Paisiello” in Taranto  (which is Paisiello’s native town) ranking first among the entrance exam candidates. In Taranto, she studied with Master Pino Forresu, graduating in 1999 with a Masters Degree in Music. Than she studied Musical Interpretation with Senio and Alirio Diaz. She got a Permanent Certification as Music Teacher for Public Schools at “Roma 3” University in Rome.

She graduated as Orff-Schulwerk Teacher Education at S.I.M.E.O.S. School in Verona, and she attended Music Therapy Courses in Assisi (PG). She moved to Rome and she taught in several Public Middle and High Schools. She was on the board of private music schools and cultural associations such as “Music Risonanze Association” Rome – EUR and “Music and Arts Association” Fonte Laurentino – EUR.

From 2015 to 2017, she taught as Adjunct Guitar Professor at the Conservatorio Santa Cecilia of Rome. She was a volunteer teacher in the Down Syndrome children association in Rome and the Spastic Association in Taranto. In the course of her career, she has been awarded many first-place prizes in national and international guitar classic and folk music competitions: Spanish Music Festival of Puglia, Music Festival “Baroque City”, Guitar Festival of Fiuggi, Great Jubilee of 2000, International Competition Ferrero Luigi Riva dei Tessali, and European Music Competition “Pythagoras.”

Felicia formed several artistic partnerships with Spanish orchestras such as Acords Joves Orchestra de Montilivi Girona directed from Euken Master Imanol Ledesma. She appeared on stage both as soloist and with orchestras and various chamber ensembles. She is a highly distinguished and well-known seminar senior lecturer in the area of Mediterranean rites and guitar music analysis.

With her innovative and lively approach to music education, Felicia Toscano founded and directed Canarios Guitar Orchestra, which she conducted in several concerts, competitions, and performances. Felicia believes in fostering a tuneful, beautiful, artful learning community based on music education, and works as a concert performer and teacher in Italy and US. She also has a certification to teach in elementary, middle and high schools in Italy. 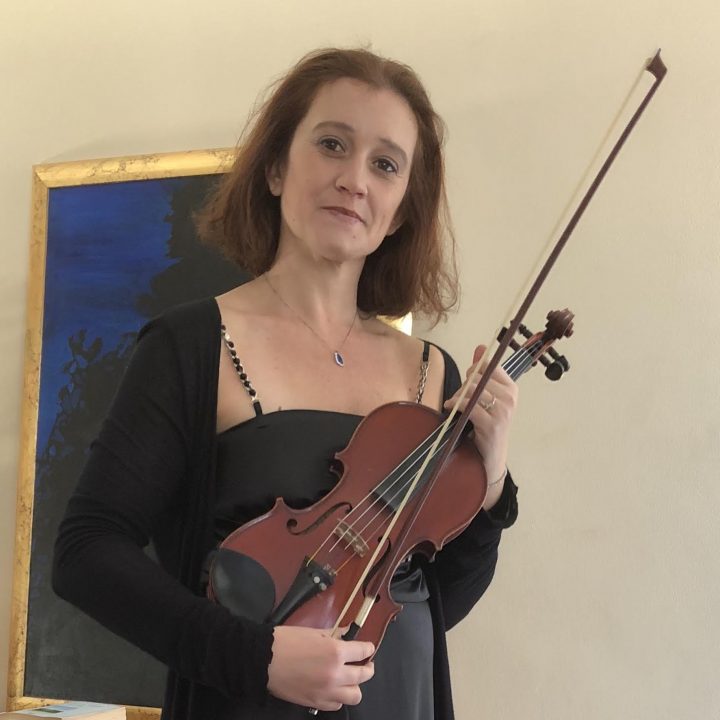 Caterina Vannucci is an Italian violinist with 20 years of experience in the repertoire of symphonic and chamber orchestras. After graduating in violin at the Pietro Mascagni Institute in Livorno, she made her debut in the Italian Youth Orchestra. She also played as a concertino violinist of the Florence Symphonietta, under the direction of Maestro Piero Bellugi.

Later she joined the Orchestra of the Puccini Festival in Lucca, specializing in opera repertoire. In 2013 she moved to the United States and played with the Takoma Ensemble Chamber Orchestra. She currently works with the choreographer Mimmo Miccolis and the Washington Ballet and she is part of the non-profit association at Musical Heart which deals with playing in hospitals for the terminally ill. 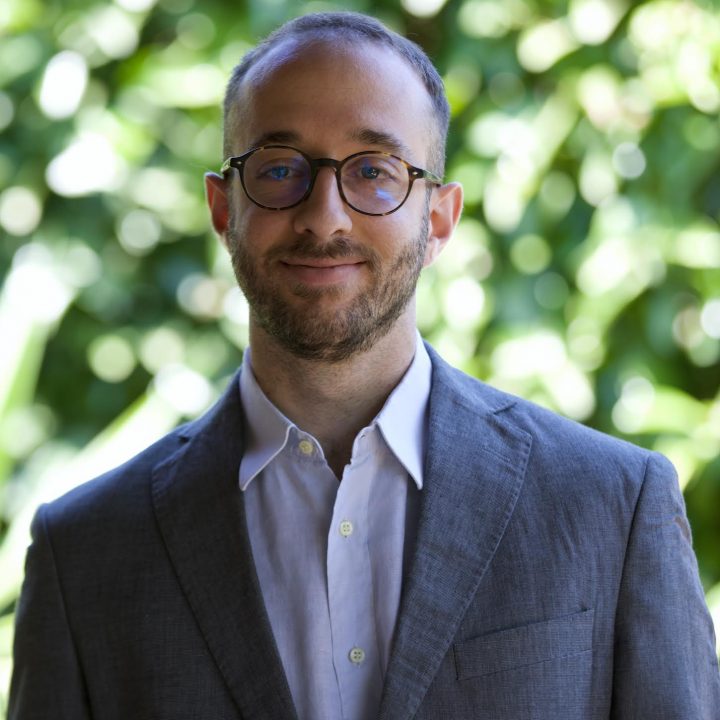 Giampiero Bugliarello fell in love with the piano at the age of four. Using his family  piano as a toy for sound exploration, he approached the instrument with an empirical  perspective from a young age. He began his formal education shortly thereafter under the  guidance of Ketty Teriaca; and by age ten, he was studying musical grammar and harmony  under Alberto Alibrandi, which set him on the path to become both a composer and jazz player,  in addition to a classical pianist. At age 11, he joined the Vincenzo Bellini Conservatory in  Catania led by Carmelo Pappalardo, from which he graduated with the highest honors in piano  performance.

Giampero departed Italy to pursue a Master in Piano Performance in The United States.  Studying under the guidance of Nikita Fitenko, he obtained the title of Doctor of Musical Arts  at The Catholic University of America. Twice a recipient of a full scholarship, he worked as a  piano instructor, research assistant, and collaborative pianist. As he still maintains close ties  with the institution today, Giampero has since been appointed as a ad honorem visiting scholar,  conducting research for the Latin American Music Center in collaboration with the label Naxos  en Español. He currently serves as a piano instructor at the Music School of Delaware and at  the Music School of Italian Cultural Society in Washington D.C., where he operates as choral  conductor as well.

He was recently appointed Goodwill Ambassador by the Arkansas Secretary of State, and  has been granted an O-1 visa for individuals who possess extraordinary abilities in their field  by the United States Citizenship and Immigration Service.

Help support the Italian Cultural Society with a tax‑deductible donation

You can support the Italian Cultural Society of Washington D.C. with every Amazon purchase.
Connect your account with Amazon Smile
by clicking on the logo.