Trip to Italy with Andrea Bocelli 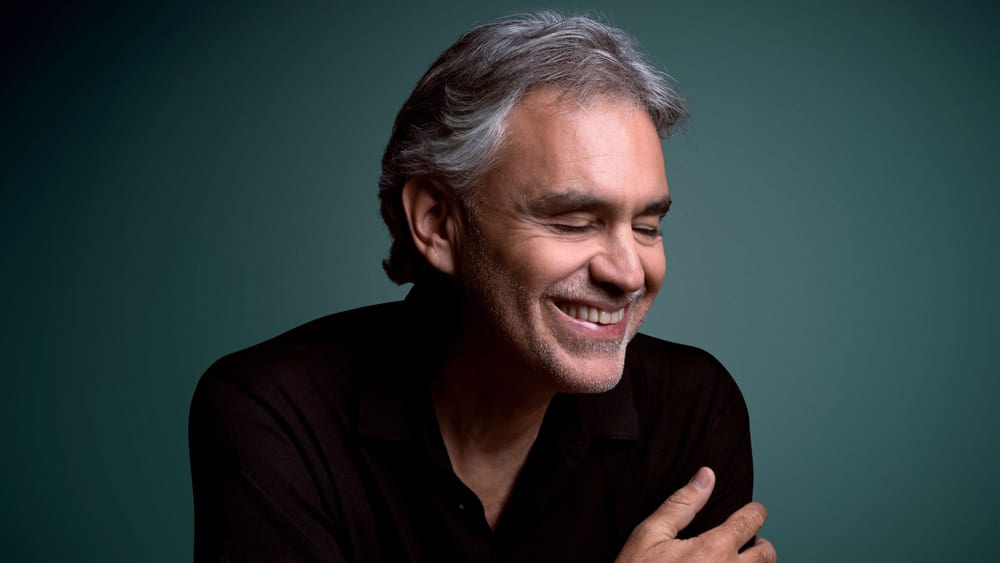 As a courtesy to the Italian Cultural Society, John Salamone, ICS friend and supporter, shared with us the Advance Registration information for these amazing trips to Italy with Andrea Bocelli.

At the end of February these trips (limited to 75 guest each) will be featured on the official Andrea Bocelli trip website and opened to others on a first come, first serve basis.

Cancelation without any penalty before June 1, 2021.

Recognized as one of the most successful and beloved players in the National Football League, Franco Harris led the Pittsburgh Steelers to four Super Bowl victories. He was inducted into the Pro Football Hall of Fame in 1990.  What many don’t know is that Franco is a proud Italian American; his mother, Gina, was born in Pietra Santa, Italy. In 2016, Franco was honored for his achievements in sports and for embracing his heritage at NIAF’s 41st Anniversary Gala.  So, how did this legendary football player meet Italy’s world-renowned tenor Andrea Bocelli, whose romantic ballads and classical opera arias have delighted us for nearly three decades? The answer is music and Italy. Franco loves music and he loves Italy. Of course, Bocelli loves music and Italy.  Since 2016, Bocelli has been sharing both through exclusive, private and remarkably personal tours that support the Andrea Bocelli Foundation that helps those in developing countries in greatest need.  Two years ago, Franco experienced the trip of a lifetime when he took one of these Bocelli tours. But why not let him tell you about it?

I grew up in New Jersey in a family of nine children, listening to the Italian classics playing on my mother’s record player. I spent most high school playing baseball, basketball and football. I didn’t know it at the time, but my career path was set when Penn State offered me a football scholarship in 1968. And then, I was drafted by the Pittsburgh Steelers in 1972.

I had a great rookie season with the Steelers, but one game will stay with me forever. On December 23, 1972, we were playing against the Oakland Raiders in the second playoff game in Steelers history. With about one minute left, the Raiders scored and the game seemed lost. We were down 7-6. At that moment, my mother had put an album on the turntable and began playing her beloved Ave Maria. On fourth down, with 22 seconds left in the game, our quarterback Terry Bradshaw threw a pass to Frenchy Fuqua. The ball bounced off a Raider defender and flew back landing in my hands. I began running and I made it into the end zone with the winning touchdown, forever known in football history as “The Immaculate Reception.”

When the season ended, I was named NFL Rookie of the Year. So, can “The Immaculate Reception” be traced back to the heavenly inspiration of my mother’s love of music and Ave Maria? On the 100th anniversary of the National Football League last year, the NFL deemed my “Immaculate Reception” as the greatest play in NFL history. Not bad for a kid from Jersey.

Now, let’s get back to music…. I enjoyed listening to my mother’s music well after my retirement from the NFL, so when I heard Andrea Bocelli’s voice, I was hypnotized. One of the highlights of my life was when John Salamone at the National Italian American Foundation invited me and my mother to a Bocelli concert in Philadelphia. He took us backstage to meet Andrea, who was as amazing of a person as a singer. It was an incredible experience for us. Little did I realize then that Bocelli would emerge as one of the most popular singers in the world, and I would have another opportunity 15 years later to meet him in a much more personal setting.

In the spring of 2019, I was having lunch in Pittsburgh with Joyce Sharman, the widow of Hall of Fame basketball player and coach Bill Sharman. She told me about an exciting trip she was taking that fall to Italy that included some private events with Andrea Bocelli at his home in Tuscany. Coincidentally, it was being organized by Salamone, Bocelli‘s friend, who was retired from NIAF and was focusing on raising funds through these trips for the Andrea Bocelli Foundation.

Recently, my cousin Anna Maria, from Italy, had sent me a video of Bocelli Live at Teatro del Silenzio where he beautifully sang a song very special to me, Ave Maria. My wife, Dana, and I were all in—ready for what would become the trip of a lifetime.

The perfect evening of September 12, 2019, was surreal as we joined about 90 people at the elegantly adorned tables on the private beach of Andrea Bocelli in Forte dei Marmi for an amazing Tuscan dinner. It was much different from the last time I heard Bocelli at a sold out arena with 14,000 people.

As the sun set over the Tyrrhenian Sea, Salamone introduced Andrea on the small stage. Bocelli began by saying, “I love being at my home, so I am comfortable, and you can see me as I am.” He was casually dressed in a blue T-shirt and shorts. We felt his comfort and were drawn even closer to his passionate performance.

To top it off, following the show, he hung out with us—talking, laughing and posing for photographs. It was enough to fill anyone’s Bucket List.

As if that magical evening was not enough, the next morning we headed to Andrea and Veronica‘s farmhouse in his hometown of Lajatico. We sipped prosecco as Andrea took joy in entertaining us with tricks on his two stallions. He had been riding horses since he was eight and becoming blind never deterred him. We then headed to Pisa and a lunch hosted by the Mayor in the shadow of the Leaning Tower of Pisa.

That evening we all dressed in “white with a touch of gold” as we dined with the Mayor of Lucca and enjoyed a 500-year-old menu recreated from the Malatesta Royal family wedding. Best of all, we were seated on the historic stage of Puccini’s famed opera house, Teatro del Giglio, while being entertained by three tenors from the balconies. It could not get much better than this. We didn’t want it to end.

I was 19 years old when I first traveled to Italy and my first stop was Pisa, the city where my mother and father were married. This time, we spent our three nights at the five-star Grand Hotel Principe di Piemonte in Viareggio on the coast of Tuscany, the same majestic hotel I stayed in with my mother many years earlier. She loved it because she spent the early years of her childhood growing up in Viareggio.

One evening, we enjoyed a special reception and dinner on the hotel rooftop with an incredible meal prepared by their Michelin-star chef. The entertainment was Patrizio Buanne, an internationally known Neapolitan singer who left us wanting more.

I understand this was the fourth year Andrea and his wife, Veronica, hosted Salamone’s small group trips to Italy. Past tours included private dinners at the Vatican, luncheons hosted by the historic winemaking Antinori family at their palace in Florence, and unique events at the most historic and exclusive castles, villas and wineries in Italy. As if Andrea was not enough, Salamone told me he brought in some of his celebrity friends, such as Nicolas Cage, Sharon Stone, Steven Tyler and Reba McEntire, on past trips.

Because of the Covid pandemic, the 2020 trip to hear Bocelli in Italy was postponed. We were disappointed since we met some wonderful people from across the United States on our last trip, including CEO’s, military generals, doctors and business leaders. We still keep in touch with many of them.

Dana and I plan to go on the next private group trip in September 2021, along with a number of other past participants. This time, there will be two three-day trips:  September 10-13 in Tuscany hosted by Andrea on his private beach; and September 13-16 in Venice with Andrea performing at the famed Cipriani Hotel, in the same room where he performed for his friends George and Amal Clooney at their wedding dinner in 2014.

Each program will have many other highlights. We have decided to go on both trips this year. They are limited to 75 people, and I understand registration will not start until this spring. We plan to be the first to sign up.