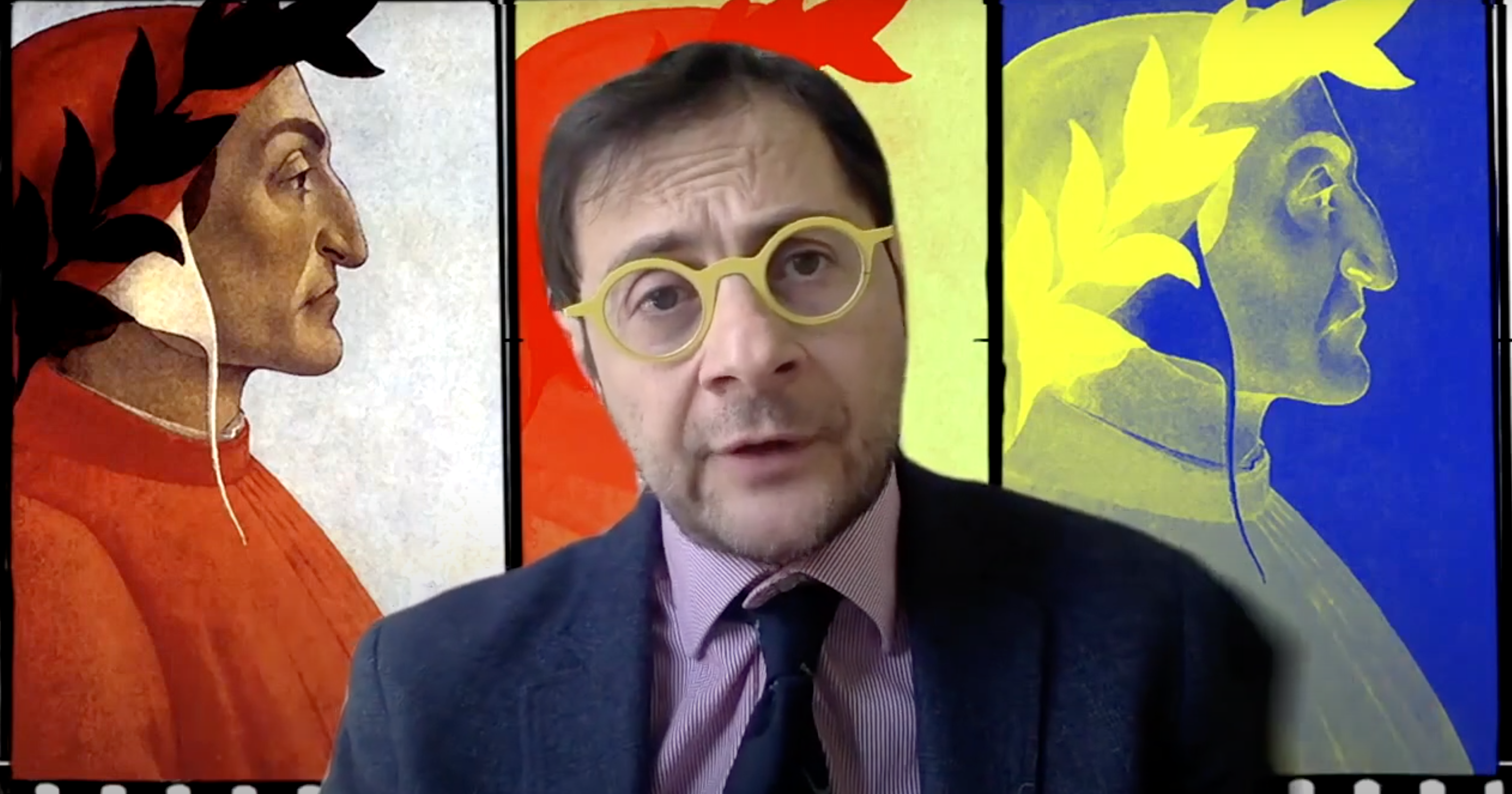 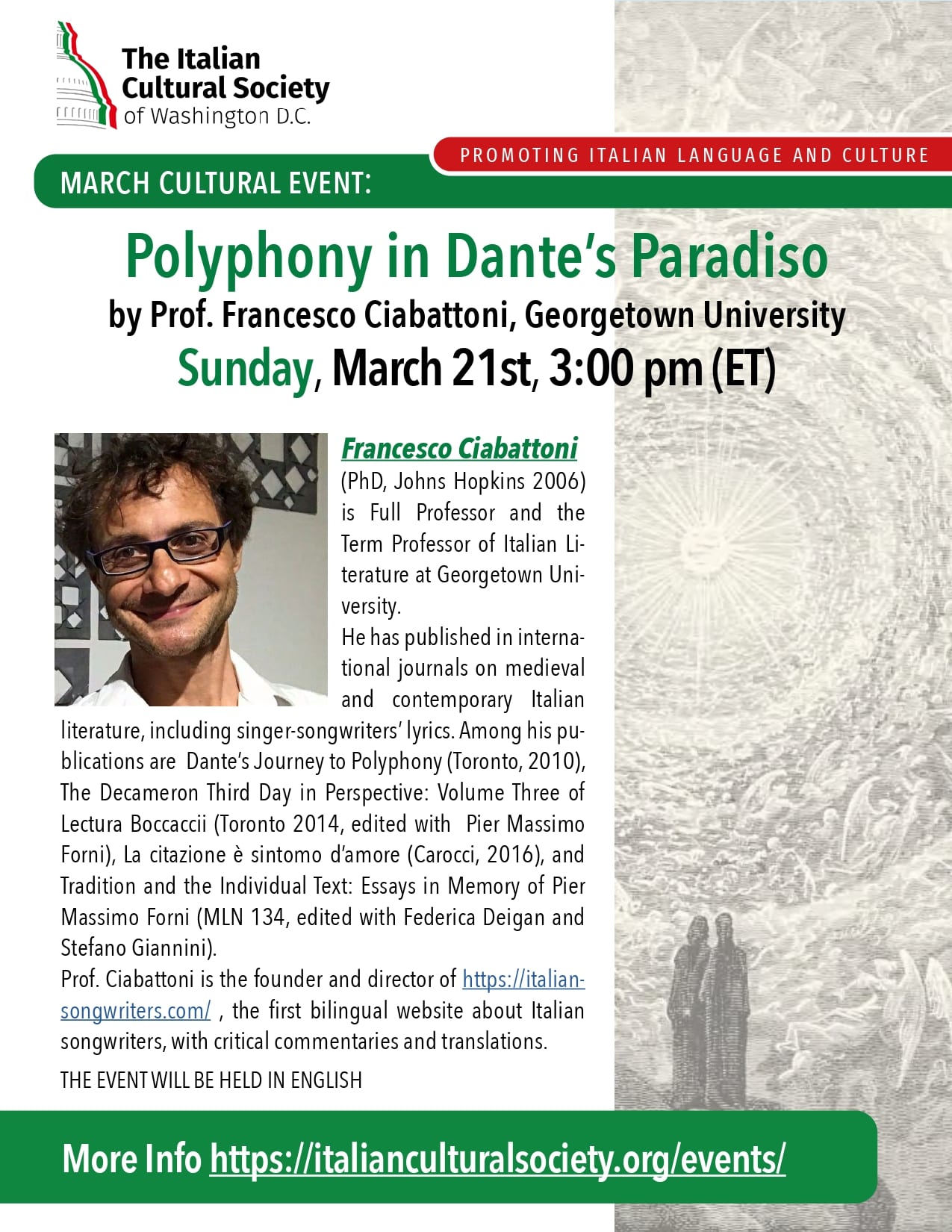 The Italian Cultural Society is pleased to host Prof. Francesco Ciabattoni from Georgetown University, on the occasion of the 700th anniversary of Dante’s death, and in anticipation of the official day dedicated to the sommo poeta in Italy and in the world – Dantedì – March 25th, recognized as the day Dante started his journey described in the Divine Comedy.

The role of sacred music in Dante’s Commedia goes far beyond the merely rhetorical and decorative, but adds metaphysical meaning to the description of the afterlife. The Commedia’s musical journey culminates with the evocation in Paradiso of polyphonic singing, a technical novelty during Dante’s time.This talk will track the musical progression in the poem from Inferno’s “unholy racket” to unisonal performance and finally to harmony in heaven, revealing the complex authorial strategy that marks the passage from musical punishment in hell, to a self-centred itinerary of individual purification in purgatory, to the reconciliation of human multiplicity and divine unity in paradise.