“how did a twelve-foot bronze statue of Dante Alighieri end up in Washington’s Meridian Hill Park?” By Charles Russell 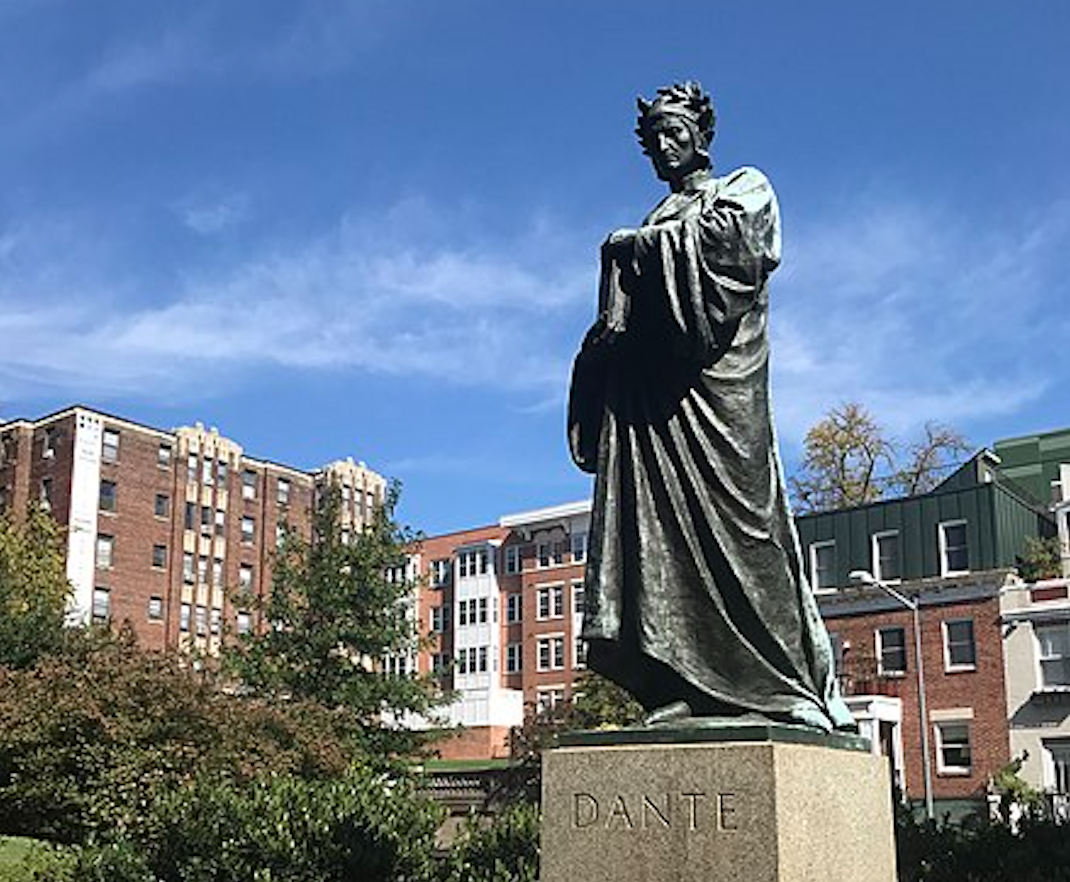 “HOW DID A TWELVE- FOOT BRONZE STATUE OF DANTE ALIGHIERI END UP IN WASHINGTON’S MERIDIAN HILL PARK?” By Charles Russell, Emeritus Professor, Department of French and Italian, University of Maryland

The statue was brought here in 1921 by Carlo Barsotti, founder in New York City of the extremely successful Italian language newspaper Il Progresso Italo-Americano. It was welcomed to the Park by none other than the President of the United States, Warren G. Harding, by ambassadors from many European countries, and by members of our own local Italian Catholic church, Holy Rosary.   How the statue, sculpted by Ettore Ximenes, reached this city is a complicated story …

The unveilings were an expression of pride in being Italian and an assertion of national worthiness. In addition, the Washington ceremony played a significant role in the first international peace conference ever held in this city. The unveiling was a stunning success: an apotheosis of Dante, of italianità, and of international friendship. “A love feast,” headlined the Washington Star the following day. Two thousand spectators were on hand to welcome Italy’s world-renowned poet, but since that day Dante has been left pretty much alone in Meridian Hill Park and it would seem perhaps somewhat forgotten.