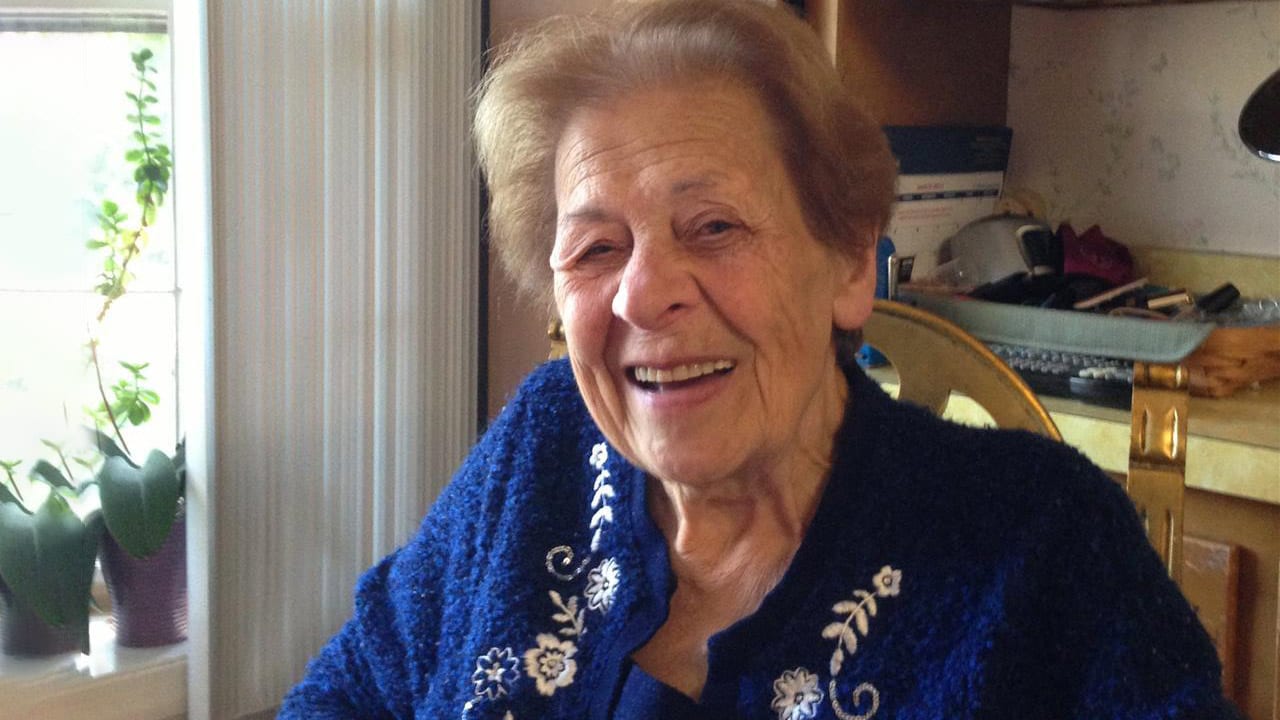 The Japanese have a title for a person who  has excelled as a practitioner and teacher in her artistic and artisanal fields – she is called “Sensei” which has the sense of  “National Treasure”.  One can argue whether the study and teaching of language is as much an art as a science, but our own Maria Wilmeth deserves that title for Italian language education more than anyone in the Washington area and probably as much as anyone in the US.

Dr. Maria Guarrera Wilmeth was born in Nicosia, Sicily, and grew up in Caserta, Italy where she attended public schools.   A “war bride”,  she married a US military officer, CPT Elwood E. Wilmeth,  in 1947, became a US citizen, and spent the early part of her marriage on assignment in different parts of the world, including two years in Japan and five years in Paris, while raising their three children, Eric, Deborah and Michelle. She received the Doctorate in Romance Languages, with a Major in French, and Minors in Italian, Spanish and English, from the Istituto Universitario Orientale, University of Naples and the Sorbonne University in France.

Inspired by her father, Prof. Vincenzo Guarrera, she entered into the world of education with a passion and dedication that would ultimately define her illustrious career.  Upon her arrival to the Metro D.C. Area in 1966, she began teaching languages, which included two years as a teacher of French at Langley High School, and four years as Assistant Professor of Italian at George Washington University.  Believing in the benefits of learning a foreign language at an early age, she spearheaded the introduction of foreign languages to younger children as the Curriculum Coordinator in Foreign Language Instruction for the Fairfax County School District (1974-1991), the 11th largest school system in the US.  In this capacity, she supervised 365 teachers of nine foreign languages and other specialized instruction programs, and was instrumental in the implementation of six Partial Immersion Programs in grades K-6: two in French, two in Japanese and two in Spanish.  While working in that position, she received her Ph.D. in Theoretical and Applied Linguistics from Georgetown University.  Upon retirement from Fairfax County Public Schools, she accepted a position as Program Manager of Foreign Languages and ESL Program at the Graduate School, USDA.  She managed programs in 28 foreign languages, and ESL courses in the Evening Program Division from 1991 to 2003.

From 1974 to 2008 Dr. Wilmeth served as Director of the Italian Language Program sponsored by the Italian Cultural Society of Washington, DC, where she designed and implemented the children and adult program, hired instructors, and selected textbooks.  She envisioned the Italian Language Program as an organization that would provide an educational service to the Italian community in collaboration with the Education Office of the Embassy of Italy, and would serve as a welcoming venue for Americans wishing to learn the Italian language and culture in the Washington Metropolitan area.  She established a role for the Italian Cultural Society as an “Ente Gestore” to manage Italian Embassy efforts in placing teachers of Italian in local schools and educating children of Italians planning to return to Italy.  Additionally, in cooperation with George Mason University and thanks to grants from the Italian Government, she designed, managed and conducted workshops to provide certification credits to teachers of Italian in the U.S.  She was responsible for three recent grants of $134,000, $175,000 and $199,930 to ICS from the National Endowment for the Humanities, for co-directing, together with Prof. Roberto Severino of Georgetown University, a summer Institute entitled: “The Art of Teaching Italian through Italian Art,” in Rome, Italy. She also co-authored two foreign language texts: “Exploring Foreign Languages“ and its Teacher Guide. She was an active member of the Board of Trustees and Acting President for three months of the American University of Rome, Italy; active Board Member and President for two terms of ICS; Founder and first President of the “American Association of Teachers of Italian” (AATI), DC Chapter.

Through her last creation, CoPILAS (the National Council for the Promotion of Italian Language in American Schools), she assembled a team of “experts” in American schools that had been in a position to get Italian included as a foreign language in the Maryland State Department of Education, opening the way for other foreign languages that copied the structure established by her for Italian.  Thanks to the volunteer work and farsightedness of Maria Wilmeth, a special document entitled “White Papers” was accepted by the Maryland State Department of Education.  This document permitted those who proved that they were in possession of an Italian college degree to use this degree to teach Italian in U.S. secondary schools.  In the summer of 2008 the Maryland State Department of Education, recognizing her merits, nominated her Member Emerita with Special Functions, a title that has never been bestowed before on an Italian or person of Italian origin.  National CoPILAS awarded Maria Permanent Directorship and Emeritus status for her unparalleled accomplishments with the organization.

Maria’s honors include: “Florence Steiner Award: Leadership in Foreign Language Secondary Education” from the American Council on the Teaching of Foreign Languages (ACTFL); the “Gold Medal for Leadership” from Italy’s Ministry of Education, “Commendatore dell’Ordine della Solidarieta’ Italiana” and “Cavaliere dell’Ordine della Repubblica Italiana”  from the Italian Government; and “Chevalier dans l’Ordre des Palmes Academiques” from the Government of France; the “Marshall Green Award for Outstanding Leadership” from the Japanese American Society of DC.

People wishing to make donations to the Maria Guarrera Wilmeth Scholarship fund in Maria’s memory may do so by clicking here for more information. These scholarships given annually by the Society benefit deserving high school students of Italian language.